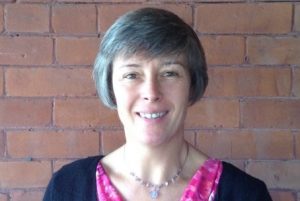 Using a combination of Natural Allergy Therapy and Energy Healing she facilitates her clients’  journeys to health.

Sue has been interested in the healing arts from a young age. She is also intensely interested in energy medicine, and has a long time, deep curiosity about the spiritual world, the natural world and all aspects of nature.

Her parents were both in the Western medical field so she was exposed to healthcare from the day she was born. She also soon came to realize that Western medicine did not have all the answers.

She completed a degree in Environmental Sciences before becoming a front line police officer in the Royal Parks in London, England.

For 16yrs she patrolled Central London and also Richmond Park, a 2,500 acre deer park. Her duties included policing Speaker’s Corner, marches, rallies and concerts in Hyde Park, ceremonial duties such as Beating the Retreat and Trooping the Colour, and daily Guard Change at Buckingham Palace.

She spent 6 years on mounted horse patrol and also taught self defence for several years.

In 1994 Sue Taylor was introduced to the Japanese martial art of Aikido. She practiced for 24 years, achieving 4th degree black belt and led her own club for many years in the UK.

She was inspired in particular by the philosophy of not meeting force with force, but in blending / harmonizing, moving with an attack and remaining calm, grounded, centred and relaxed.

She finds that this philosophy, when translated into every day life, makes things simpler and easier for everyone.

Her introduction to health beyond Western medicine came when, in 2001, she started having a series of health issues including digestive upset, sinusitis, extreme fatigue, palpitations and then panic attacks.

Her family doctor diagnosed Irritable Bowel Syndrome and low thyroid (hypothyroidism).. she asked what causes it, he simply said “could be anything..” And gave her meds. Not very helpful…

A friend suggested allergies. A simple test identified a number of allergens. Once avoided her symptoms greatly improved.

The next step of her journey came in 2003 when Sue Taylor met her future husband, Dominick Hussey. He was undergoing NAET allergy treatment, and went on to complete the training and to treat her for her allergies.

Amazed by the way in which the treatment cleared her allergies, and knowing it was time to leave the police, she decided to attend training in 2004.

She has been practicing as a Natural Allergist since then.

The next big change came in 2005 when, at the age of 39, she was diagnosed with breast cancer requiring surgery and some additional treatment.

This experience brought her up short, and made her re-evaluate herself and her life. She met it with no fear or anger, deciding this was not a battle or a war to be fought and won.

It was a wonderful learning opportunity, a gift to be met with thanks, gratitude and an open mind as to what she could learn.

She still sees this as a gift, the best thing that ever happened to her.

And so her inner work began.

Sue Taylor’s intense curiosity about the spiritual world and energy medicine would have to wait until she relocated to Ottawa in 2009. There she met her long time mentor. He opened the door onto a whole new world and she continues to see him regularly for her own healing and for her learning.

Since then she has studied various energy modalities, achieved Reiki Level 3 and spent time with a First Nations Elder and Healer.

She continues with her own inner journey, and to work to improve her feel with energy medicine.

Sue lives out of town with Dominick and their rescue cats. She enjoys the outdoors, walking, yoga, skiing, practicing dressage with her horse, Dragoon, cooking and socializing with friends.