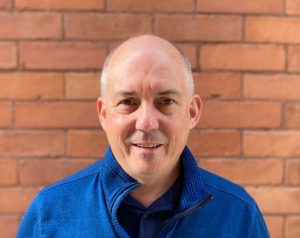 Dominick Hussey believes that healing is a process in which the client should take an active part.

He has become disillusioned with traditional medical approaches that provide a band-aid strategy to mask symptoms.

His passion is in relieving symptoms now whilst discovering the underlying or root cause of those symptoms and, in so doing, educating his clients to bring about real, deep, permanent healing.

Dominick Hussey was born and raised by his mother in West London. Life was challenging, his mother had to work long hours, and Dominick was often alone.

During this period, Dominick developed a speech impediment that was a massive source of anxiety, especially at school and into University.

Dominick, however, did well at school and also excelled at sports, especially athletics.

Not knowing what he wanted to do, he chose a Business studies course. He did not enjoy the course, but his strong work ethic meant that he graduated with a Business degree.

He then worked for 3 years as a marketing assistant for a photographic firm. He was happy to have a job but it was not his passion.

In 1990 his best friend told him he was going off around the world backpacking. Dominick decided to take time out and travel. Over the next nine months, they travelled through the Far East, Australia, New Zealand, USA and Mexico. The trip was an amazing and excellent life experience. He met many interesting people including two physiotherapists.

Returning home, Dominick Hussey had to decide on what to do next. Physiotherapy had inspired his interest, so he applied. However, at the interview, he was told that because of his speech impediment it would difficult for him to secure a job at the end of the course. This was a huge disappointment.

This denial had a silver lining. Some months later, his mother returned from an appointment with an osteopath. Dominick knew little to nothing about osteopaths but was somehow compelled to explore this possibility.

He successfully applied to the British School of Osteopathic and Naturopathic Medicine in north London.

School was tough at times because of his speech, but he enjoyed what he was learning and loved to help people. In 1997, he graduated with an honours degree in Osteopathic Medicine and a diploma in Naturopathy.

His first position was at the Aston Clinic in South West London. The clinic was owned by David Melrose, an Osteopath, Herbalist and Applied Kinesiologist. Watching David's work, he became fascinated by the Applied Kinesiology or muscle testing that David would use on his clients.

This inspired Dominick to attend a course with the International College of Applied Kinesiology, and so began a love affair with AK, which continues to the present day.

During these early years of working, Dominick was challenged by anxiety and his speech impediment. Despite this, he continued to be positive and gained great satisfaction from his work.

Discovering the Root Cause

The main reason why Dominick loved AK so much was that it gave him a window into how he helped his clients. Up until that point, he applied osteopathic techniques, and they helped his clients, but he did not know how exactly.

Through AK, he had a tool to understand how and, even better, to explore the deeper reason why people developed their physical problems.

Over the next 12 years, Dominick honed his AK skills. He learnt how to test for food allergies, nutritional deficiencies and emotional issues. Later he incorporated NAET Allergy therapy into his practice. NAET is a technique that uses AK and acupressure to diagnose and treat food and environmental allergies.

In 2003 Dominick met Sue Taylor through an online dating website, and they were married in 2006.

A year later, they attended an Aikido conference in Toronto. Sue had been on a work exchange with the Musical Ride in 1998, so they decided to visit some of her friends in Ottawa.

They both loved Ottawa, the people, the lifestyle, the opportunities and even the weather. So a plan was hatched.

In 2009, after two years of jumping through many immigration hoops, with great relief and excitement, they moved to Ottawa, where Dominick Hussey was employed by Dr. Shahram Ayoubzedah at the Integral Health Clinic.

In 2010 Dr. Ayoubzadeh moved his clinic to work with Richard Nahas at the Seekers Centre for a year, and in 2012, the Integral Health Clinic moved again to Waverley Street.

The clinic snowballed and provided both Dominick and Sue invaluable experience in operating a diverse clinic. They are extremely grateful to Shahram for his support and for providing them with the opportunity to come to Canada.

On achieving their permanent residency in December 2013, they left to found Ottawa Holistic Wellness.

Dominick had always been interested in the Root Cause of his client’s issues, so when he discovered Functional Medicine, it drew him like a magnet.

He has studied with many sources, online and in-person, including Dr. Dan Kalish, Dr. Michael Ruscio and Dr. Mark Hyman.

Dr. Jared Gerston of Restore Chiropractic introduced him to Proprioceptive Deep Tendon Reflex (PDTR) therapy based on Functional Neurology. In 2019 he added this to his osteopathic practice. PDTR uses muscle function testing to diagnose and treat the effects of physical and emotional trauma on the body. The technique has given Dominick the tools to help people in a much deeper way than before.

Sadly, in April 2020, Sue and Dominick had to close the doors of Ottawa Holistic Wellness due to the economic effects of the COVID pandemic. While this was a stressful decision, it opened up a new chapter.

In January 2020, Sue and Dom purchased the building at 355 Waverley Street, where they had worked with Shahram. They had planned to move Ottawa Holistic Wellness into the building at the end of their lease in January 2021. Fate had intervened, however, and the move was quicker than expected. So, in May 2020, Sue and Dom set up a brand new clinic, Complete Wellbeing, that would open its doors once the COVID restrictions were lifted.

He lives in the country with his wife Sue. He loves to listen to music, good food, spending time with friends and with his rescue cats. Dominick also loves to be active and can often be seen out walking or running, and he plays soccer all year round, does regular yoga classes and enjoys downhill skiing.