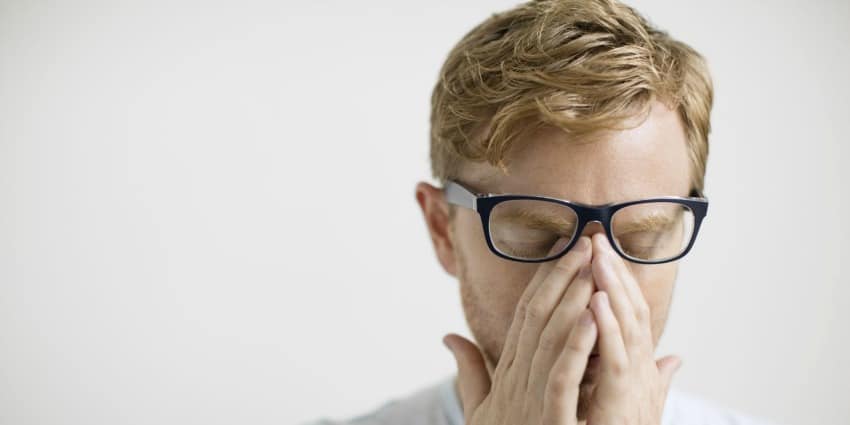 Are Seasonal Allergies Linked to Anxiety and Depression?

As an Ottawa allergist, I see a lot of clients for seasonal allergies. That will be the main reason for their visit.

Commonly, while taking the health history during the initial assessment, they also mention that they have mental health issues such as anxiety and depression. Their anxiety and depression were frequently getting worse in the spring or at the end of the summer, just when most people are feeling at their best.

This is a factor that most doctors do not consider relevant or to be in any way associated with mental health.

In a 2002 study, a team of scientists led by Paul S. Marshall, PhD, a clinical neurophysiologist, found that people with seasonal allergies experienced more sadness, apathy, lethargy, and fatigue in late summer when ragweed season peaks.

His report states that seasonal allergies are known to cause specialised cells in the nose to release cytokines, a kind of inflammatory protein.

In 2005 Teodor T. Postolache, MD, led a study that found peaks in tree pollen levels correlated with increased levels of suicide in women.

So, what can you do about it?

In the case of food allergies the easy answer is to avoid those foods; however, this is not so easy for moulds, pollens, dust and other environmental allergens!

Conventional medicine can offer immunotherapy (allergy shots) to reduce allergy symptoms. This a time-consuming process, involving frequent visits to the doctor’s office over 5 or more years and can become expensive.

There are other, alternative therapies

I recommend the use of NAET (Nambudripad’s Allergy Elimination Technique). This is an effective, natural, non-invasive treatment that works with your body to permanently ‘turn off’ the reaction. It teaches the body that it can be non-reactive in the presence of the allergens and can be used to treat allergies to foods and environmental factors.

Since 2004, I have used a method based on NAET to treat seasonal and environmental allergies and have had great results with people of all ages from infants to seniors, including those with Alzheimer’s.

This process does not take many sessions and costs significantly less than regular use of over the counter allergy meds.

Another option is acupuncture which works to rebalance the body and relieve symptoms. A good Traditional Chinese Medicine acupuncturist will be able to reduce inflammation and reactions in your body significantly and has the added benefit of being able to address the anxiety and depression as well.

To find out more about NAET and Natural Allergy Therapy or Acupuncture book now for a complementary consult with me.