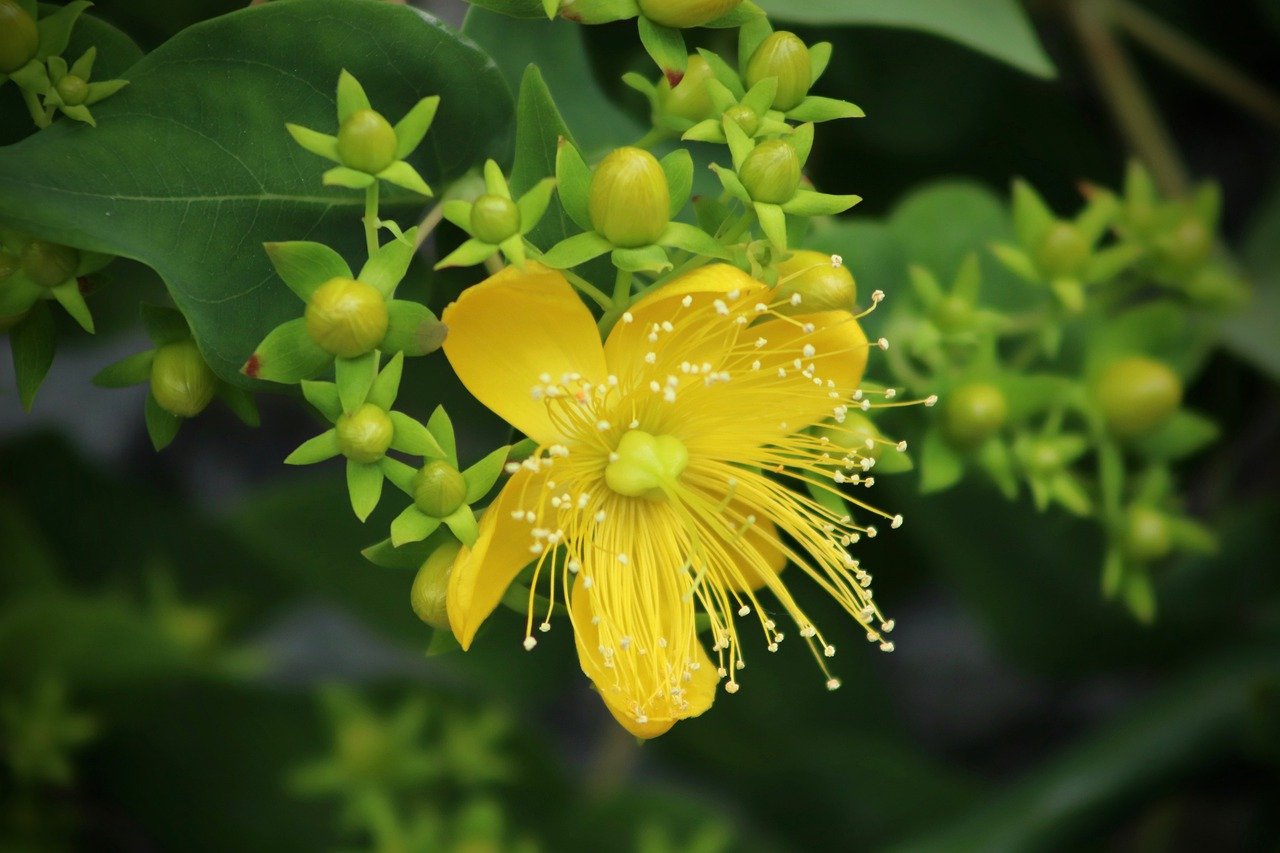 When I first saw Lucy, she had a number of health concerns.

There was an ugly patch of burning, weeping eczema covering most of her lower right leg. It had been there for years. Her bowels were loose. Suffering with surges of adrenaline, she swung from fury to depression in any single day.

Her mood swings made it difficult for her to shop and prepare food. She ate eggs and a few raw vegetables every day. Reading her eyes I saw low stomach acid and a constitutionally weak liver. Her tongue was fiery red.

I recommended Lucy make a poultice of powdered slippery elm bark and St. John’s Wort infused oil and plaster it over the eczema every night. I offered her a tea to calm her mind and tincture to regulate her bowel.

The poultice of slippery elm and St John’s Wort oil cooled and calmed the inflammation while drawing excess fluid from the weeping tissue. St John’s Wort infused oil is a traditional burn remedy.

I also advised Lucy to limit her eggs and add more variety to her diet.

Over a period of two months, the eczema on Lucy’s leg cleared up, her bowels became regular, and her mood improved.

Unfortunately, her anger continued to rage and a new symptom appeared: a dry mouth. Lucy woke up parched several times in the night. She drank litres of water during the day.

I continued to encourage her to curb her temper and try to see the world from other points of view. I offered her cooling, nourishing herbs like marshmallow, plantain and chickweed and adaptogens like American ginseng. None of them relieved the thirst.

One day, complaining of an itch on her back, she lifted her shirt to show me. Thin red welts mark the area where she had been scratching, but what really interested me was a dark patch of skin over her kidneys. The discoloured skin was even the shape of her kidneys.

Looking at the skin discolouration I thought of the plant goldenrod and offered her a tea made with its leaf and flowers. The symptom of thirst cleared up quickly, as did the itching. Over a period of six months, the patch of dark skin on her back faded. Goldenrod is a specific herb for poorly functioning kidneys due to inflammation.

All was well for some time. Lucy’s skin was clear and her bowels were regular. Her skin no longer itched and her mouth was not dry. Her temper continued to flare, but not with same fury. A year went by.

Then a crisis in Lucy’s personal life threatened to take all that she loved: her family and home. The crisis was demanding she stop the victim game that justified her use of anger. When the crisis deepened, a rash appeared on Lucy’s face.

As it spread, it covered the entire lower half of her face, from her cheekbones to her chin. The skin became thick, as red as beets, and hot to the touch. It began to peel and shed.

Again, we used St John’s Wort oil and revived the previous formulas that had helped Lucy before. It did not help. I offered her some energy healing and drew some of the heat from her face. It was a temporary fix. Eventually I simplified the protocol and offered her only burdock tincture and goldenrod tea. The herbs quieted down the skin rash, but did not resolve it.

The challenge was that every time Lucy lost her temper (which was several times a day) the red mask-like rash swelled and thickened. Then one day, desperate for relief, Lucy revealed the shame of her anger. The shame spewed from her mouth carrying the sound of a wild animal’s desperate cry. The shrieking pain of shame came directly from Lucy’s belly. Within ten minutes the mask faded.

A year has passed since Lucy expressed the visceral voice of shame. The mask has not returned. I have never seen Lucy so calm and agreeable. Overall her health is better than it has been for years. Although she occasionally complains of a lack of intensity in her life, she is discovering the health (both physical and mental) advantages to being peaceful with the world. Her skin is soft and glowing…

An excerpt from The Herbal Apprentice: Plant Medicine and the Human Being by Abrah Arneson Cht.

Now I would like to hear from you. Do you have Osteoarthritis? What have you tried to help their symptoms? Let us know in the comments below.